Some Bollywood film actor is well-known for their fashion and styling sense. So. have you ever wondered who’s the hand behind him, those making him look like that they are the most stylish men and most fashionable men on this planet.

We all were too immersed to just checking out the clothes of our favorite stars wore and how stylish they looked on them But, In reality, they are styled by people who know clothes better than them called personal stylists.

Most Fashionable Men of Bollywood

Ranveer Singh is known for his fancy outfits and most stylish men in Bollywood. So his secret is Nitasha Gaurav his personal stylist. Nitasha is a well-known celebrity fashion stylist. She has been a Ranveer Singh stylish for a long time now. Nitasha is behind all the killer and fancy outfits of Ranveer. She has played a pivot role in styling some most fashionable men of Bollywood film actor like Varun Dhawan, Ayushmann Khurrana and Arjun Kapoor

Varun Dhawan is looking stylish and dapper in all his outfits. The secret behind him is Archana Walavalkar. She is a movie costume designer and celebrity fashion stylist and founder of the style cracker company. She has played a pivotal role in styling some high profile and film actors like Shahid Kapoor, Varun Dhawan.

Kartik Aryan is a new sensation in Bollywood for his looks and most stylish men outfits. Priyanka & Kazim is responsible for every Kartik dapper outfits in which Kartik looks like most fashionable men. They own some high profile and famous stars like Siddharth Malhotra, Ranbir Kapoor, and many other film actors.

Kunal Rawal is a fashion designer. He is a magician of men’s wear and also a good friend of Shahid Kapoor and his personal stylist and styles all the clothes for Shahid. He is also designed Shahid Wedding outfits. He has played a pivot role ins tyling some high profile Varun Dhawan, Siddharth Malhotra, and many other film actors.

Ayushmann is one of the biggest stars in recent times. He is not just a multi-talented but it is the most stylish men and fashionable actor in 2020. His outfit’s secrets are Nitasha. Ayushmann’s style has changed a great deal after being styled by Nitasha for sure.

Vicky Kaushal is one of the most fashionable men in Bollywood. He is known for his acting skills and gentleman looks. He looks the most stylish men on his cool jackets. His personal stylist is Amandeep Kaur. She is the ex-Creative Director of American Vogue.

Anaita Shroff is a celebrity fashion stylist and fashion director of Vogue. She is a personal Stylish of Saif which is known for his classy outfits. Saif blindly trusts Anaita when it comes to styling his clothes and we think his outfits are spot on.

Also Read, Top 10 Bollywood Movie which is underrated, You Should watch on Quarantine

Daena is a fashion stylist and costume designer who is a personal stylist of film actor Shahrukh Khan. It takes huge guts to style a star like Shahrukh Khan which is already known for his dapper and most fashionable men in town. She is doing a great job.

The film actor Salman Khan doesn’t change his style around too much. Even then he is the most stylish men. The Bhai of Bollywood is loved for everything he wore on award events and shows. He is also popular for his airport looks. He is styled by Ashley Rebello.

Also Read, Top Bollywood Actresses who make a mark in Bollywood without having… 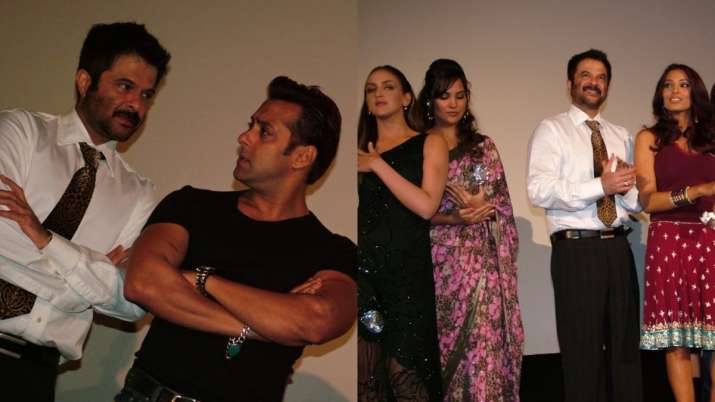 No Entry turns 15: Anil Kapoor recalls his ‘be constructive’ moments Rhea Chakraborty’s lawyer says she’s being hounded for ‘being in love with a drug addict’, calls her arrest ‘travesty of justice’ Milind Soman spends lockdown in Lonavala, has a strong message to stay optimistic: ‘Love yourself’

Actress Meera Chopra: How is CBD oil freely available online if it is unlawful?